Apparently, South Korea is one of the most “westernized” nations in the Third World. However, its remarkable westernization has misled both Westerners and Koreans to apply Eurocentric concepts to analyze Korean politics and society. The Western perspectives on left-wing politics in particular are incomplete and misleading to understand the left-wing politics of South Korea. Although Korean leftists have borrowed many agendas from the Western namesakes, they are fundamentally different. To my chagrin, only a handful of the English-speaking intellectuals have paid attention to the peculiarities of South Korean left-wing politics.

After the Korean War, national security has inevitably emerged as the most urgent issue. Thus, foreign policy determines the two sides of Korean politics. Whoever takes a hard line with Pyongyang are categorized as – and call themselves – a rightist. It is easy to imagine from the history of the Korean War that the ardent anti-North Korean policy comes with the strong pro-American sentiment like the two sides of a coin; Korean rightists will not call any nation their “Blood Brother” but the United States.

On the other hand, the leftists have been “dovish” on the Kim dynasty in spite of the long history of North Korean aggression and the recent tenacious nuclear weapons developments. Such pro-North stance is hugely based on ethnic affinity and the so-called One-Korea Nationalism. At the dawn of the Cold War, superpowers divided the Korean peninsula and the homogeneous ethnic group to two contesting nations. Nationalism has been the backbone of the Korean left-wing discourses. Thus, anti-Americanism is another crucial agenda of the South Korean leftists; they have criticized the US Forces in Korea in line with condemning the Japanese colonial rule and promoting anti-war movements. 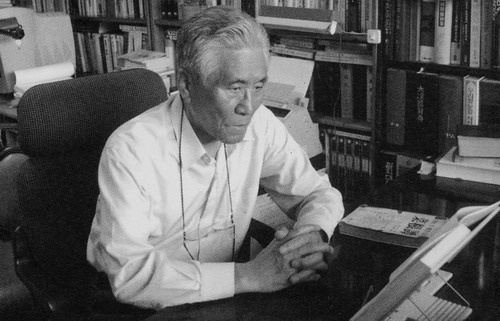 It is notable that South Korean leftists have leaned toward Maoism: since Rhee Young-hee (1929 – 2010), the godfather of the South Korean Left, suggested China as an exemplar of nationalistic solidarity and autonomy, they have emphasized the Sino-Korean relations to confront the pro-US foreign policy of the rightists. It is not a surprise that President Roh Moo-hyun, a pupil of Rhee, publicly stated that he admired Mao Zedong. To the rightists, Rhee is no better than a cult leader shutting himself in his own circle; his lifelong glamorization of the Cultural Revolution has seriously discredited his arguments. Even until his death in 2010, Rhee called South Korea as an American puppet state.

Throughout the dramatic economic growth, both the right-wing and left-wing politics have evolved themselves further: embracing the growth-driven military dictatorship as a successful example, the Korean rightists have been ardent advocates of the market economy and liberal (and neoliberal) capitalism in which corporations are given more latitude. On the other hand, following their anti-dictatorship fervor, the leftists have developed a strong inclination toward any form of socialism. Soon after the collapse of the Communist Bloc at the end of the 20th century, leftists have become more opportunistic in shaping their platform; they rather promote anything that seems most appealing to votes. Recently, the leftists, most notably President Moon Jae-in who was inaugurated on May 10, 2017, have pledged to transform South Korea to a Scandinavian welfare state.

Here let’s put aside whether Moon and his anti-Chaebol cabinet can implement the Nordic model in South Korea. Instead, I would like to point out that the Korean leftists’ vision of a welfare state is rather closer to their Maoist ideals. It is not difficult to sense the traits of Maoism from their narratives promoting the heavily-socialistic agriculture-driven economy and the powerful antipathy toward free trade, which the leftists often deem as an arm of American imperialism. It is a not non sequitur to assume it as one of Rhee’s influences. At the heart of South Korean leftists lingers Maoism.

Although “left-wing” is a broadly used term, it bears and represents different concepts in each society. It is erroneous to analyze the Korean Left through the lens of European or American leftists. I suggest Maoism as the starting point of studying the Korean Left – including the Moon Jae-in administration. Maoism as a political and economic agenda is now obsolete in even the People’s Republic of China. To re-invent Maoism in South Korea, the leftist amalgamated Maoist ideals and Korean nationalism. If the Great Leap Forward and the Cultural Revolution were the products of Maoism, such man-made disasters can be repeated in the 21st century Korea – you are warned.